We help communities understand themselves better.

We see a future in which communities are served by sustainably funded acts of journalism facilitated by technology. We equip individuals and organizations with the information they need to contribute to their community, make good decisions, and stay engaged with others. 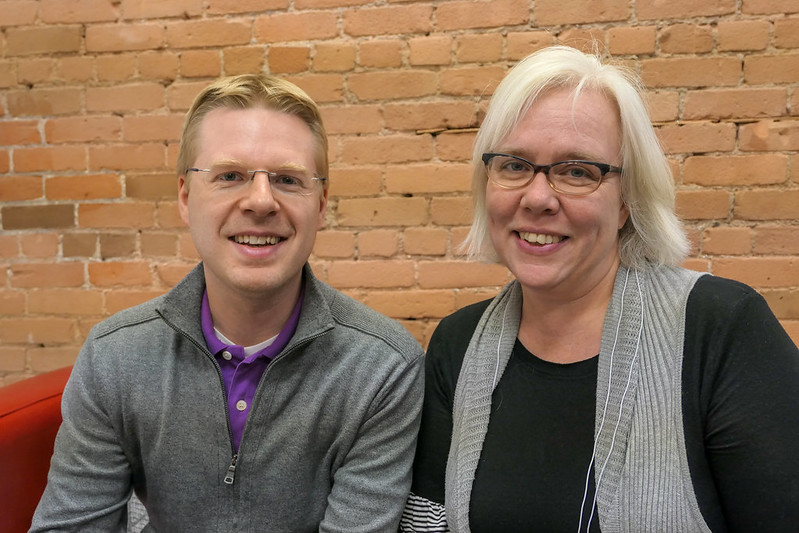 Taproot Publishing Inc. was founded in 2017. But the story begins long before that.

Co-founders Mack Male and Karen Unland started talking about improving local journalism at such events as ChangeCamp in 2009 and MediaCamp in 2010, when Karen was the digital editor at the Edmonton Journal, and Mack was a software engineer with a popular blog focused on civic affairs. They kept the conversation going, through Karen's decision to leave the Journal newsroom to pursue teaching and entrepreneurship in 2011, as well as a lot of community involvement on Mack's part.

In January of 2016, Postmedia merged the Edmonton Journal and Edmonton Sun newsrooms as part of a consolidation of broadsheet and tabloid properties that also happened in Calgary, Ottawa and Vancouver. In Edmonton, that meant the loss of about 30 jobs and the departure of several newsroom leaders. This event shifted Mack and Karen's mindset from "let's keep talking about this" to "let's do something."

They came up with Taproot Edmonton, a source of local "how-and-why" journalism inspired by the curiosity of members and funded by membership fees. They put up a landing page and soft-launched the idea at an event called "Journalist Interrupted" at MacEwan University in May of 2016. Enough people agreed to become members in those very early days to encourage Mack and Karen to keep going. They built something called a "Story Garden," where members could plant the seed of a story idea by asking a question; if other members were also curious, a storyteller would be assigned to pursue the answer, which Taproot would then publish. They brought that idea to a wider audience at Startup Edmonton's Launch Party 7 in October of 2016, and incorporated the company in January of 2017.

This was a good start, but the pace of publishing that such a system supported made it hard to build up momentum. At the same time, they had the insight that curating information on a topic is also a valuable service. Mack had learned that through his Edmonton Notes and Media Monday, and Karen had seen it through her Seen and Heard in Edmonton blog, where she paid attention to what local bloggers and podcasters were publishing. In 2018, they launched the Tech Roundup, and launched a series of other weekly roundups of local news and information on various topics, delivered by email and curated by a growing team of contributors.

Roundups gave Taproot a faster metabolism. Instead of publishing one or two stories a month, it was soon publishing one or two newsletters per day. This reached more people, as anyone could subscribe to up to two newsletters per week for free, and it provided a valuable perk for paying members, who could get as many roundups as they wanted. It also opened up the opportunity to sell sponsorships, which gave Taproot a second revenue stream and the opportunity for businesses and organizations to contribute — and to be seen to be contributing — to the mission.

Also in 2018, Mack partnered with Troy Pavlek to launch Speaking Municipally, a weekly podcast about civic affairs that went on to win a Canadian Online Publishing Award the following year. Mack has been in the podcast space for a very long time — he launched his first show in 2004, before such things were even called podcasts, and in 2006 he co-founded a podcast hosting company, back when starting a podcast much more difficult than it is today. Meanwhile, Karen had been working on an idea for a local podcast network since 2015, and in 2017 launched the Alberta Podcast Network, of which Speaking Municipally is a member.

By early 2019, Mack was working full-time on Taproot, with Karen contributing as much as possible while running the podcast network. That's when their third revenue stream emerged. They determined that businesses and organizations would value from a roundup-style curation of reliable and relevant information about their own areas of interest or communities, and that Taproot had the technology and methodology to provide that service in an efficient manner. Taproot's briefings service was born.

Seeing some traction for this B2B service, Mack and Karen were accepted into the ATB X accelerator program in the fall of 2019. This gave them the opportunity to focus on their vision for Taproot's future and what it would take to get there. They made a plan and carried it out (more or less — nothing in business is a straight line!), guided in part by mentorship from the ThresholdImpact Venture Mentoring Service. Midway through 2020, Karen became a full-time employee, and a few months later, Emily Rendell-Watson came on board as Taproot Edmonton's managing editor.

With the growth of the B2B service and growing clarity around the company's ideal structure and future, it became desirable to more clearly articulate the difference between Taproot Publishing, the umbrella organization that sells briefings to businesses and organizations, and Taproot Edmonton, the journalistic operation that informs Edmontonians via stories, newsletters, podcasts, and other journalistic endeavours. Both websites will continue to evolve, with ambitious plans on both the business side and the editorial side in the works.

Through all of these changes, Taproot Publishing has remained committed to these principles:

This is what Mack and Karen mean when they say they are building what comes next in local media. 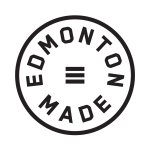 Taproot is proudly made in Edmonton, Alberta, Canada.